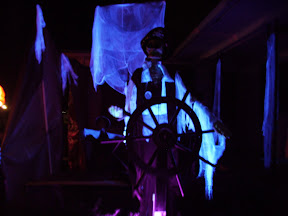 Halloween 2007 was our favorite by far. The prate ship covered nearly the entirety of our house frontage.  Our “skeleton crew” of seven pirates were all over as you walked into and inside the ship. Two animatronic pirates would talk to you as you; one as you approached and another after you stepped inside.

Our Jolly Roger pirate flag flew over our roof, about 12 feet in the air. It was able to be spotted from down the block and glowed from the residual black light.

Two “real” cannons fired at you at random intervals, complete with smoke, red lights and about 180 watts of bass-booming sound.  Throughout it all, the Pirates of the Caribbean movie score played across the entire scene, setting the tone. 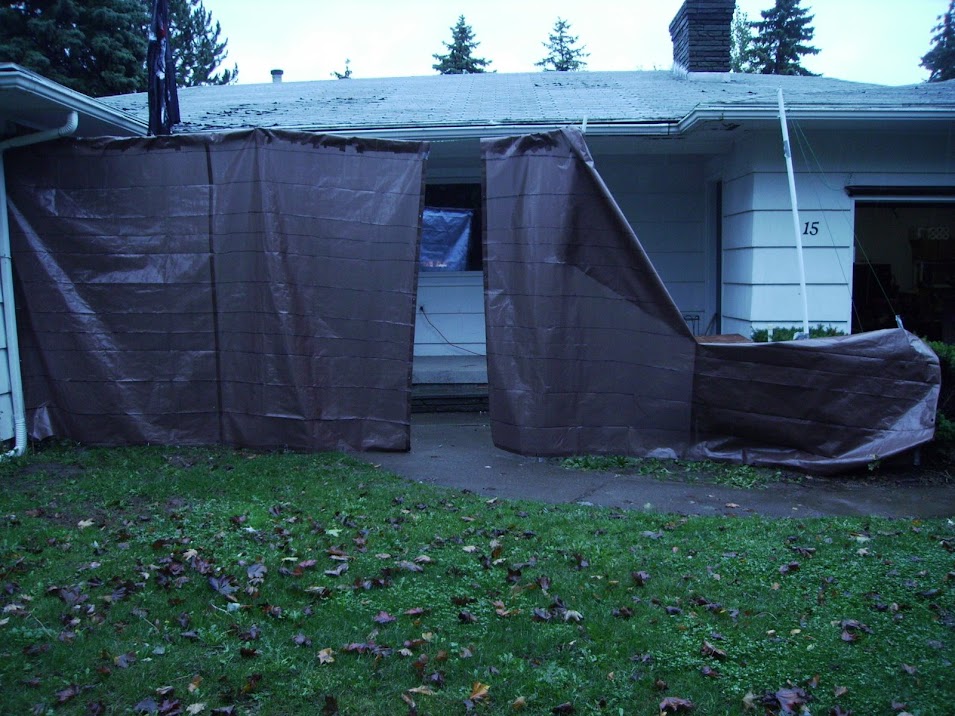 The “ship” was made from two, very large brown tarps, hung by PVC pipe and steel wire. It raeched just under the gutters of the house. The tarps were a bit too heavy for the PVC, but the steel cable did a decent job holding them up. While it wasn’t much to look at during the day, the pirate ship was just the right effect when night settled in.

The ship’s entrance was evident by walking up our sidewalk “plank.” Several crew were visible from the ship’s “bow,” including the captain. Once inside, you were greeted by four more scurvy skeleton pirates. One of the pirates had an animatronic skull. Wireless microphone in-hand, I walked around the driveway, hiding in shadows and between the cars,l peering in through the bow of the ship. As guests would enter, the pirate would “talk” with them.

Imagine the surprise when the pirate talked “back” to them!

A very windy night made for a rough time at sea. The giant tarps that comprised the 8-foot tall, 15-foot wide ship were battered around by the wind. However, the Jolly Roger blew in all it’s glory. 5-feet of skull and crossbones waved proudly high above our roofline. 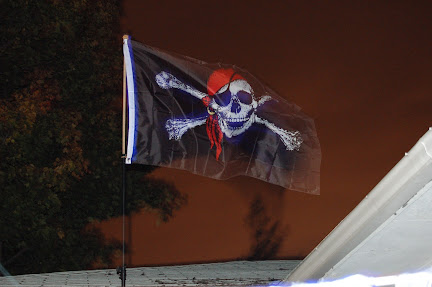 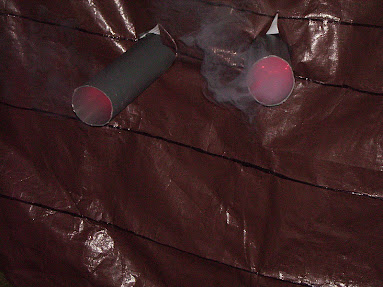 You can view the full photo gallery on Google+. You can see video of the night on YouTube